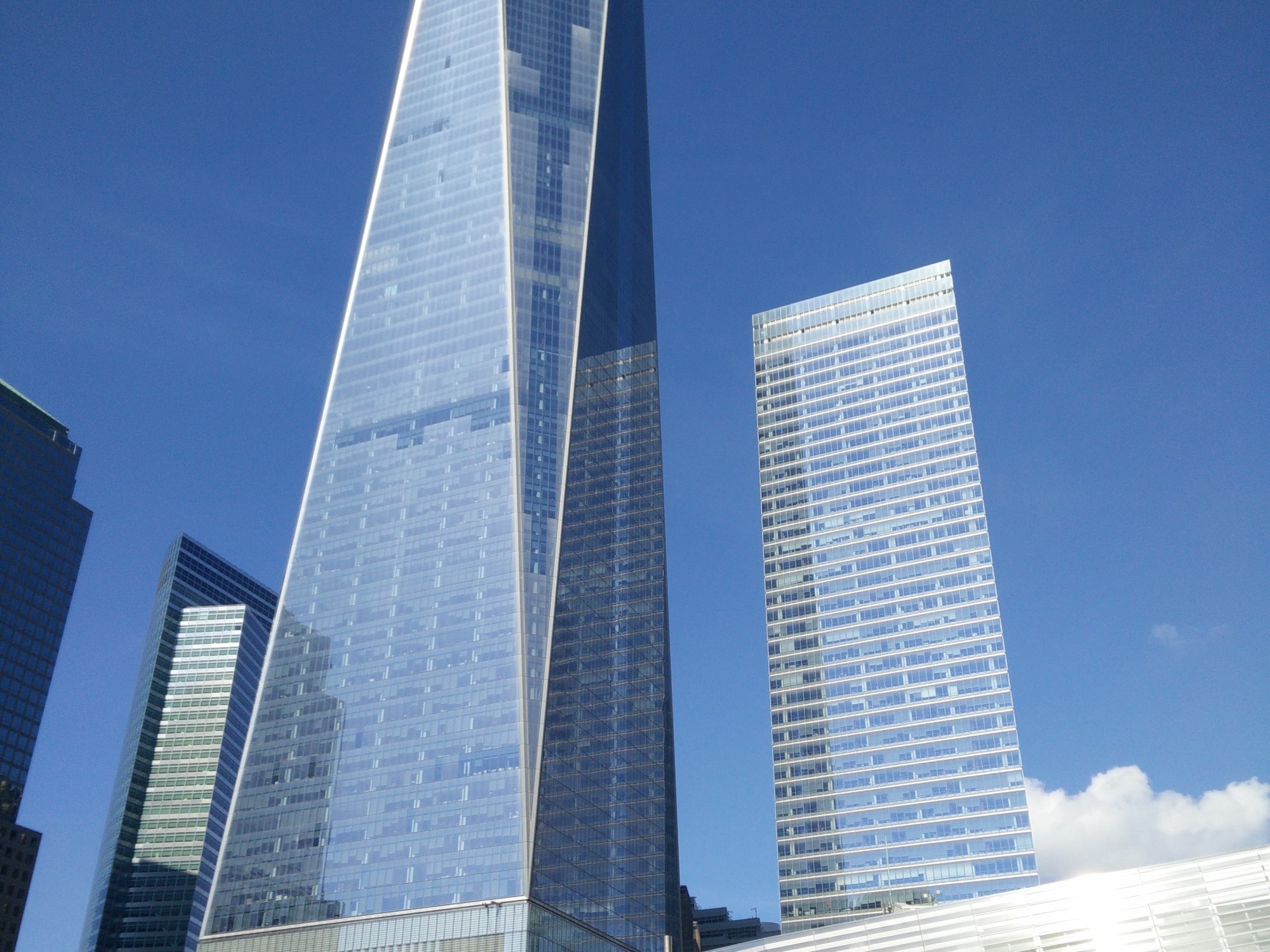 We made it to the tube station just in time to make it on the next train which would be taking us to our next destination. I was going to finally have the amazing Bubble Tea I had heard so much about! Guess what our next stop was? Chinatown of course.

I’ve never actually been to China, but when I reached Chinatown, I figured that’s how it probably was. Millions of small shops selling items and the entire area looked exactly like another crowded marketplace in India. It was just so strange to find this area in the middle of New York which was so unlike New York in every way! And, there was this portrait/graffiti on a building like it was the most normal thing ever.

Chinatown in one word: Chaos

Also, I tried bubble tea since it’s supposed to be awesome but I didn’t find it to be that great. But, try it for yourself! I’m known to have strange likes/dislikes.

I saw a person here who was was such a great Marilyn Monroe lookalike that I tried clicking a picture, but unfortunately she hid herself with her umbrella. To respect that, I’m not putting up that picture! But, here’s the bridge for you:

NYC is obviously incomplete without seeing the Stock Exchange. So, we had to pay that place a visit. I found some great street vendors here who were selling pictures. I think they were a little over-priced, but I really liked this one, so I ended up buying it:

There was the “Bull” of course, where I took the mandatory picture. But the Bull has way too many people crowding around it. Gosh! I found the following to be a much better spot: in front of the George Washington statue:

Yes, even on a rushed day, great deals are not to be missed! My friends took me to Century 21, where I found awesome deals. Of course, if you’re not really into shopping, then don’t bother with it. But, in my defense, I got a free bag as well.

What I missed because of this: Statue of Liberty!

We didn’t get time to take the ferry out to the Statue of Liberty. But, we did see it from far:

Do visit the Memorial and spend a minute’s silence there. The gardens around the Memorial are very pretty and serene, so take some time out to catch your breathe 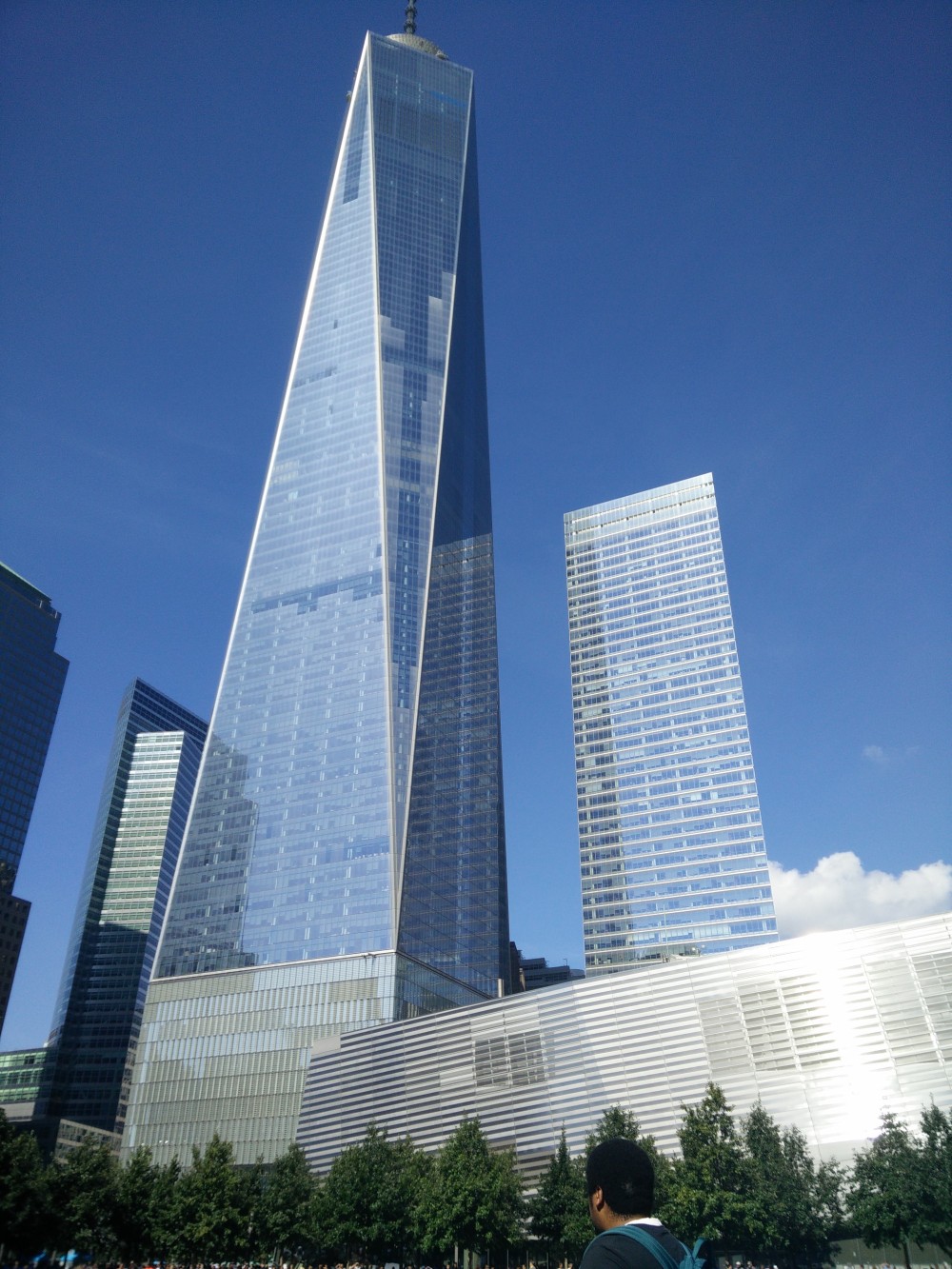 Don’t do cliched things like going to the top of The Empire State Building! Instead go to a great pub in the evening, and get this awesome view of the building. Please excuse the blurriness, I might have been a little dazzled by it.

And, what’s the name of the pub? Well, I’m not telling till you ask me… We managed to get free entry as well, so it was a great night.

And, who says I didn’t get time to do the cliched things? There I am, in Times Square and Rockefeller Center:

And, lastly, some truly unique sightings in NYC

This was at one of the subway stops

This is a super colorful street vendor:

So, who says you can’t see New York in a day? But, maybe I couldn’t have, if I didn’t have my two super awesome friends to show me around!

2 thoughts on “How to see New York in just a day!”